Ravenhead Foyer Health Festival in aid of the SPF

The staff, partner agencies and young people of YPS Foyers, St Helens organised a Health Festival at Langtree Park, St Helens on 23rd July 2015, to celebrate the last 2 years of the highly successful young person’s health promotion programme “Healthy Conversations”. They also raised a grand total of £250 which they have very kindly donated to The Steve Prescott Foundation. The event was supported by the Saints Community Development Foundation.

Healthy Conversations is a £3.2m project funded by the Big Lottery Fund and run by the Foyer Federation over the past 2 years to support young people living in sheltered accommodation in being more proactive in their approach to looking after their health.

Glen O'Hare, the Operations Manager of Ravenhead Foyer said. 'I would like to give a special Thank You to Gordon Pennington from Saints Community Development Foundation.  His drive and enthusiasm made it possible to turn my original thoughts and ideas into reality.We had an original target of getting at least 100 people to attend the event including some of our own young people.  On the day, just short of 300 people, of all ages, attended from all across the borough.  We have been told that everyone who attended thought that the day was a great success and have been asked if we are putting another event on next year.  The idea of donating the monies raised to the Steve Prescott Foundation came from the fact that many of our young people are big Saints fans and Steve Prescott was a very highly regarded and respected figure in the world of Rugby League.  It felt fitting and as way of saying thank you to Saints for all their help and support in making our festival a reality.'

Congratulations to Glen and his team for organising such a fantastic day for the Young People and for choosing the Steve Prescott Foundation as their nominated charity. 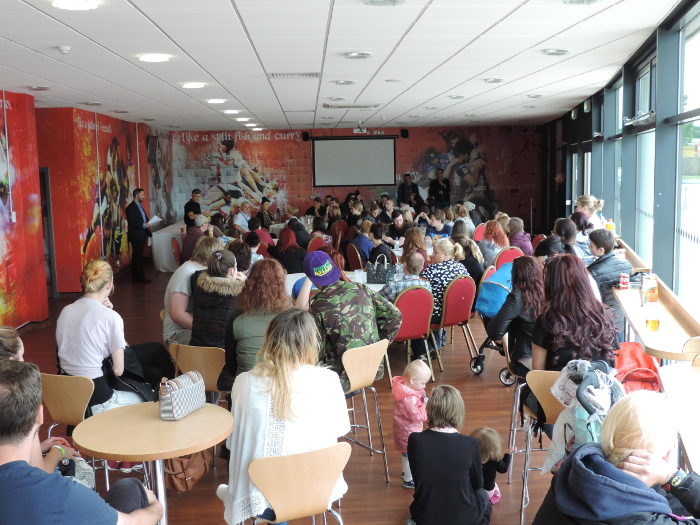