£2500 raised on the Prasonisi to Mandraki Extreme Challenge Walk 2017 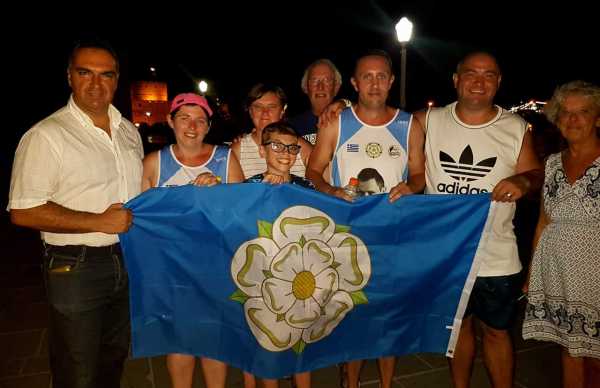 Following on from their amazing Extreme Challenges in 2015 and 2016, Bradford Bulls fans Ben Moorhouse and Gaynor Thompson returned to Rhodes in August to beat their current record and rewrite history by completing the 70 mile (113km) East coast walk in ONE day.

They started at Midnight on Monday 7th August from the most southern point of the beautiful island at Prasonisi and walked to the finish line at the entrance to Mandraki Harbour. The route took in the historic Lindos Acropolis and the beautiful Afandou Beach.

They endured intense temperatures and humidity at the height of summer.

They have already raised an amazing £2.5k for the Steve Prescott Foundation smashing their target of £2k by a mile. Ben and Gaynor have raised a massive £7k for the SPF over the past 3 years with their support and dedication.

Ben and Gaynor were welcomed at the finish by the Rhodes Deputy Chief of Environment, Yiannis Fvilvaris. He congratulated them for their achievement and for choosing the beautiful island of Rhodes in the South Aegean for their challenge 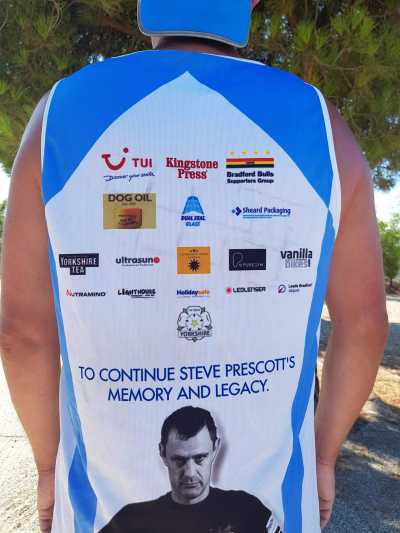 A celebration event was held at Bubbles pool bar in Faliraki in memory of Steve Prescott MBE. A glass or two of sambuca were raised in tribute to Precky.  A collection at the Sunburnt Arms in Lindos raised an impressive €265.

Ben said, ‘If a goal is difficult and painful then it is worth pursuing. Steve Prescott is our inspiration and his motto ‘what the mind believes the body achieves’ helped us achieve our goal.’

‘We put everything into this for Steve. It’s been our biggest test ever. It’s taken us to a different level. Thank you to everyone who has supported us and to the local people for their hospitality.’

The couple spent all year planning and training for the event.  Ben also created regular inspirational videos on social media to raise awareness of their challenge and to promote the SPF in the10 year Anniversary year of the charity.

Ben said before the challenge. “We aim to raise fantastic funds again for the SPF.  Steve is the inspiration behind everything we do.’’

The SPF congratulate Ben and Gaynor for completing their extreme Rhodes Challenge and thank them most sincerely for their amazing dedication and support of the Steve Prescott Foundation and for spreading the word of the SPF to a different country and culture. Yammas!!

You can still support Ben and Gaynor via their Justgiving page. www.justgiving.com/Rhodes2017