This year marks the 100 year anniversary of the start of World War One. It is important that we never forget the great sacrifices made by those who fought in the Great War, in giving up their lives for our freedom today. Rugby League has always been known for the bravery shown by its players, but most supporters will not know that 3 Rugby League players were awarded the Victoria Cross for their great acts of bravery in the Great War.

It is important that we never forget them.

League 13, the Super League players’ association, in delivering one of its constitutional values to vow to honour former players for their courage and sacrifice commissioned caps to commemorate and celebrate the lives of those players who were awarded the Victoria Cross for valour in the Great War. 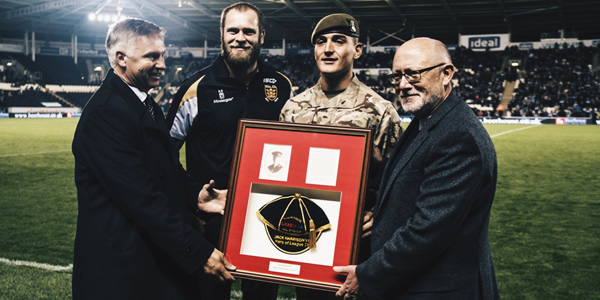 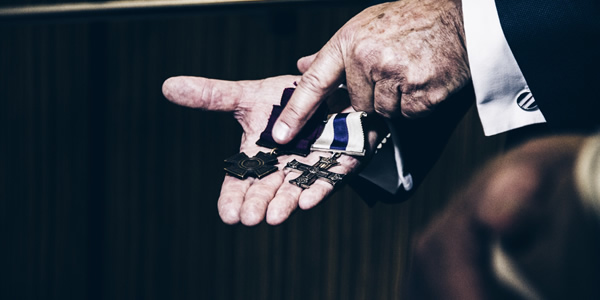 However, in remembering those people involved in this great game who sacrificed everything they had to better the lives of others, it would be wrong not to recognise someone who was only recently lost to us.

Steve Prescott enjoyed a long and illustrious career with Hull, Wakefield and his hometown club, St. Helens. Steve earned representative honours for Great Britain, England, Ireland and Lancashire. In 2006 Steve was diagnosed with a rare form of abdomen cancer and was given months to live. Despite this, Steve showed great courage and bravery in fighting the illness for 7 years. Without complaint and at great toll to himself, Steve dedicated his life to raising money to help others. In 2014 the RFL announced that the Man of Steel trophy would be renamed the Steve Prescott Man of Steel Award in recognition of his sacrifice and bravery.

Steve Prescott was a great man and his efforts should serve as a reminder to us all of what is great about rugby league and what a great man he was. It is only right and fitting that Steve should stand side by side with those men who displayed the highest level of courage, bravery and valour in the Great War.

League 13 Chief Executive Ernie Benbow and Chairman Jon Wilkin are here to present the St Helens club in the presence of Steve’s wife and children together with Mike Denning from Steve’s Foundation with a commemorative cap commissioned by League 13. The cap will be sited in the reception area of Langtree Park to enable as many people as possible to view League 13’s legacy to and recognition of this very brave man. 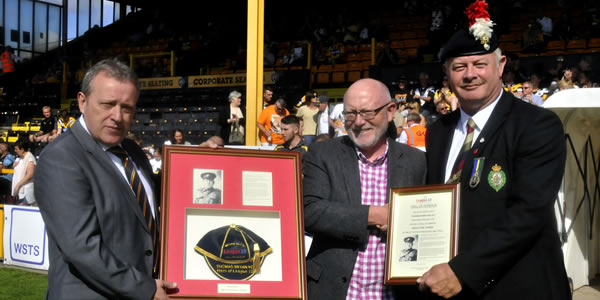 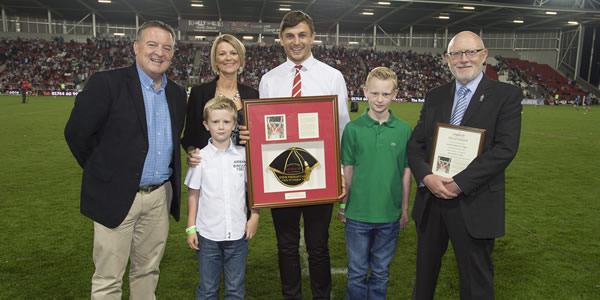