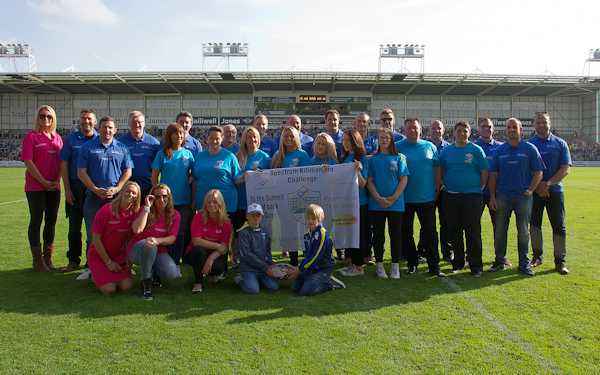 40 Steve Prescott Foundation supporters will fly out on 13th October and start the ascent of Mount Kilimanjaro on the 15th, hoping to reach the summit on 19th October. They will sleep overnight at Crater Camp which will host the World Record Rugby League game at 5780 metres before they start the descent to base camp.

We are elated to announce the two teams have attracted gilt edged sponsors in Multiwork and Warrington Wolves.

The Multiwork Team will be captained by Adrian Morley with the Warrington Wolves team called “High Wires” captained by Lee Briers.

Mike Denning Chairman of the SPF said “The Spectrum Kilimanjaro Challenge is a massive task in more ways than one! In order to comply with Guinness World Record attempt guidelines, we have had to bring in an official rugby league international referee Robert Hicks and provide inflatable rugby posts. We would like to thank Multiwork and Warrington Wolves for supporting the cost to stage this incredible challenge.

We are also elated to announce that Beccy Meehan and the BBC will be covering the challenge. We look forward to seeing the participants bravery and courage that will be needed to be record breakers. I am sure they will be inspired by the great man Steve Prescott!”

To sponsor the Spectrum Kilimanjaro Challenge please go to https://www.justgiving.com/SpectrumKilimanjaro