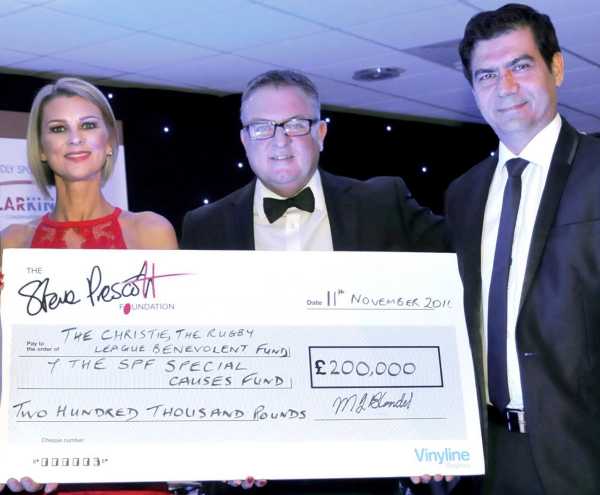 Dr. Anil Vaidya is a renowned transplant surgeon with a special interest in intestinal and multi-visceral transplantation techniques for the cure of slow growing abdominal malignancies that conventional therapy has failed to treat

Stephen had battled Pseudomyxoma Peritonei (PMP), a tumour arising in his abdomen, for more than seven years after diagnosis. Although this procedure had been done for other indications, it was a world first for a PMP patient. Stephen underwent this operation safely and had managed to defeat his tumour. However he very sadly succumbed to acute graft versus host disease.

Through his bravery and challenge that he had set on to himself by being the first to undergo this procedure, Stephen paved a way in a field that has become beneficial for other sufferers of PMP. Transplantation is now an option for some sufferers of PMP, an option that was not there before his epic battle.

Dr Vaidya’s continuing work in India has focussed on molecular signatures of PMP in the serum as well as those expressed by the abnormal mucin that may provide key information for future targets for cure or remission of the disease.

On going work is based on studying mucin-associated proteins and working backwards into their signalling cascades, looking for a correlation between these downstream effects and a possible epigenetic link to a change in the chromatin of the mucin producing cell, signalling it to eventually produce abnormal mucin.

As more data is collected and patterns seen, the plan is to create mathematical algorithms using this data to predict a patient’s course through the disease and their chances of a remission or recurrence after debulking therapy. This may also give insight to those patients who may not benefit from conventional HIPEC therapy after the initial debulking operation.

Dr Vaidya says, “ We envisage our further efforts to study these very complex disease processes that contribute to defining a patient’s trajectory from diagnosis to cure and develop intrinsic algorithms that would help us select the right patient for the right therapy at the right time.”

In 2015 the SPF announced the creation of the SPF Special Causes Fund. This fund will allow those hospitals, researchers and surgeons who deal in Psuedomyxoma related conditions and multi visceral transplantation to apply for grants to the Trustees of the SPF who will ensure that the money allocated will have a direct and significant effect on people’s lives.  Already other PMP patients have benefitted from the lessons learned from Steve’s transplant operation and are a testimony to Steve’s sacrifice.

The Trustees of the Steve Prescott Foundation are delighted to support Anil in his research by awarding him a donation of £20,000 from the SPF Special Causes Fund in 2015 and 2016.