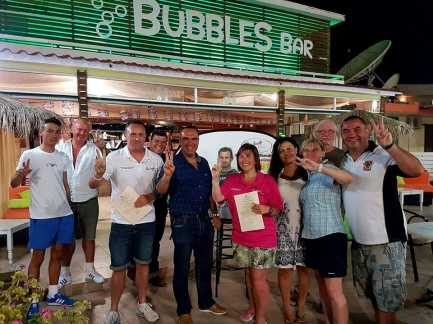 Following on from their amazing Extreme Challenge in 2015, Bradford Bulls fans Ben Moorhouse and Gaynor Thompson returned to Rhodes in August to beat their current record and rewrite history by completing the 70 mile East coast walk in an amazing TWO days. This time they started at the most southern point of the beautiful island at Prasonisi and walked to the finish line at the entrance to Mandraki Harbour. The route took in the historic Lindos Acropolis, the monastery at Faliraki and the beautiful Afandou Beach. They endured intense temperatures of 50C and had the blisters at the end to show for it. They have already raised an amazing £1717.38 for the Steve Prescott Foundation.

A celebration event was held at Bubbles bar in Faliraki in memory of Steve Prescott MBE.

Ben said, “We are very humbled by this award but we have said from the start the only thing we want from this is the personal challenge, to help others and to keep Steve Prescott’s legacy alive. We dedicate this award to Steve Prescott!”

The couple spent months training for their challenge and went to Rhodes in 2016 fitter, stronger and totally focused for the challenge that faced them. Ben also created regular inspiration videos on social media to raise awareness of their challenge and to promote the SPF in their Million Pound Year.

Ben said before the challenge. “We aim to raise fantastic funds again for the SPF in the Million pound year with Steve been our inspiration behind everything we do. We have many things lined up to get the awareness of the SPF.”

Ben and Gaynor would like to thank all their supporters of the challenge in particular fellow Bradford Bulls supporters and friends Steven, Lindsay and Rhys Tiffany.   A fantastic effort from them to keep Ben and Gaynor fed and watered throughout the challenge and for providing moral support too. Also a huge thank you to the sponsors who supported them including Provident Financial, Thomson Holidays, Vanilla Bikes and Holiday Safe.

The SPF congratulate Ben and Gaynor for completing their extreme Rhodes Challenge and thank them most sincerely for their amazing dedication and support of the Steve Prescott Foundation and for spreading the word of the SPF to a different country and culture. Enjoy a good rest!!

You can support Ben and Gaynor via their Justgiving page: www.justgiving.com/Rhodesextremechallengewalk2016 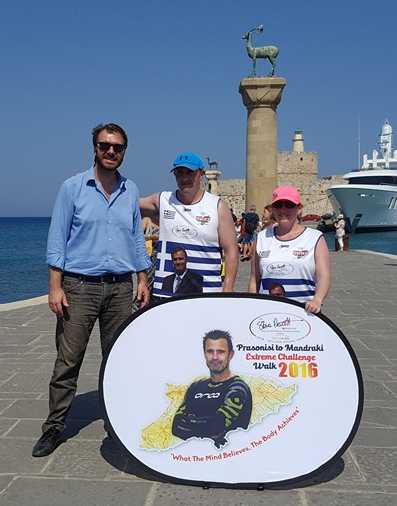 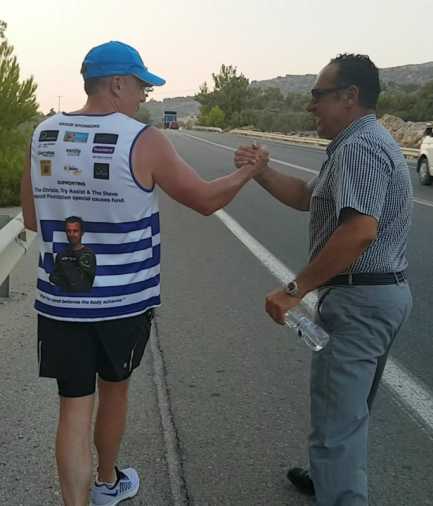