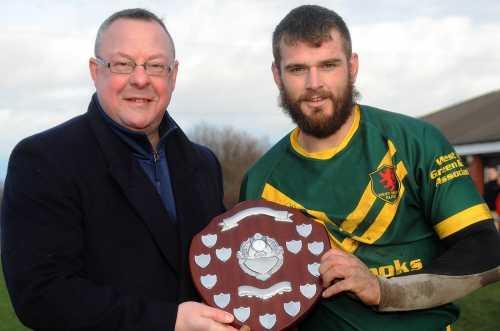 In association with the Steve Prescott Foundation

THE TROPHY WILL NOW UNIQUELY BE DECIDED ACROSS TWO LEAGUE GAMES

In previous years, the Trophy has been a curtain raiser for the Kingstone Press NCL Season with the aim of raising money for the charity.

However, due to Leigh Miners and Wath Brow playing in various cup competitions earlier in the year and the poor winter weather, it was decided to play for the Trophy over two games with the winner decided by an aggregate score across the side's two NCL Premier Division league games.

Callum Hesketh, Social Media Correspondent of the SPF Added: ‘It’s great that the Foundation have so much support from the Community Game and keep Steve’s name and legacy alive”

Both games kick off at 2.30pm and, with the added interest of a Trophy to go with league points on offer, two of the most keenly-awaited games of the season look set to attract bumper crowds and boost funds for the Foundation.