Linzi Prescott sets off on the Spectrum Everest Base Camp Challenge this week and has the support of Dr Mark Saunders consultant clinical oncologist at The Christie. The challenge involves an eleven day trek to the Nepal Everest Base Camp then onwards to "Kala Pattar" to reach a finishing height of 5645 meters above sea level. 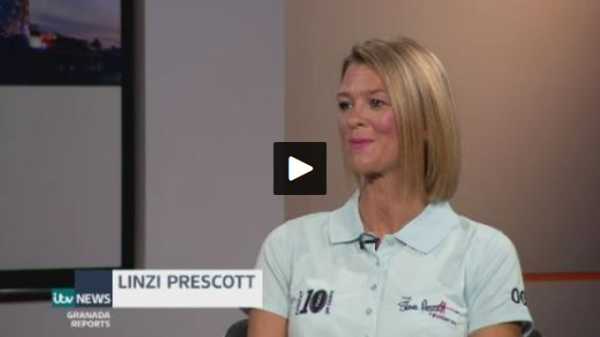 Linzi, wife of inspirational rugby league star Steve Prescott MBE, who passed away in 2013, will be joined by their 15 year old son Taylor and ITV Emmerdale actor Michael Parr in their extreme challenge raising funds and awareness of the Steve Prescott Foundation (SPF).  They are members of a party of 41 who leave for Kathmandu next Thursday 13th October 2016.

Steve was diagnosed with a rare abdominal cancer, pseudomyxoma peritonei (PMP) in 2006 and formed the SPF in 2007 to raise funds for and awareness of the Rugby League Benevolent Fund and the Christie in Manchester. Steve undertook many physically and mentally exhausting challenges during his illness to raise funds and awareness of the charities close to his heart.  In October 2013 he underwent a pioneering multi visceral transplant of the small bowel, pancreas, duodenum and abdominal wall at the Oxford Transplant Unit and although this procedure eradicated the cancer Steve passed away a few weeks later due to complications of surgery.

Linzi and Mark were interviewed on Granada Reports by presenters Lucy Meacock and Tony Morris. Mark is the lead consultant clinical oncologist at The Christie who specialises in the treatment of PMP and gastrointestinal tumours. The Christie has received £400k of donations from the SPF since its inception in 2007 and Mark was able to describe how the donations are being used in research projects and clinical trials which will have a positive impact on people’s lives.

One challenge at The Christie is to ensure patients are fit for major surgery and to monitor their progress post operatively. By the use of new technology it is possible to remotely monitor a patient’s pulse, diet and mobility and compare with baseline data. Patients can be given targets to achieve and researchers can adapt the targets according to progress and clinical indication.

Since Steve’s innovative surgery other patients have survived similar invasive procedures and are now leading a normal life.

Linzi described the intense training program she has undertaken which includes altitude training and the use of a personal trainer for both Linzi and Taylor. This involves the use of free weights and cardio work.  An early morning power walk with a weighted back pack has been the norm and a food plan of five meals a day has become part of the daily routine. No junk food, but lots of chicken, sweet potatoes and green vegetables.

Good luck to Linzi and Taylor and all members of the 41 strong team taking on the Challenge.

as they set off on their epic adventure this week. Rugby league representatives include ex players Lee Briers, Ade Gardner, Neil Harmon and Alan Hunte.

You can support Linzi at Taylor at https://www.justgiving.com/fundraising/LinziTaylor